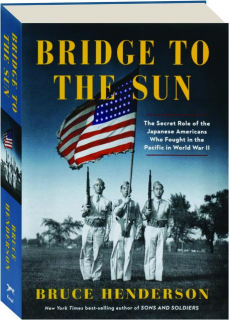 BRIDGE TO THE SUN: The Secret Role of the Japanese Americans Who Fought in the Pacific in World War II

The harrowing untold story of the Nisei and their major contributions in the war of the Pacific, through six Japanese American soldiers. After the war, these soldiers became translators and interrogators for war crime trials, and later helped to rebuild Japan as a modern democracy and a pivotal U.S. ally. Photos.