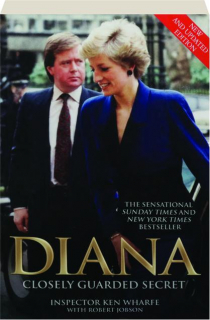 Here is the authentic voice of a man who played an important role during Diana's most difficult times and who shows himself to be an exceptionally perceptive observer of the events that unfolded around the Princess. After Inspector Wharfe resigned in 1993, Diana announced her withdrawl from public life and axed her Scotland Yard protection, a decision Wharfe believes led ultimately to her death. Color photos.