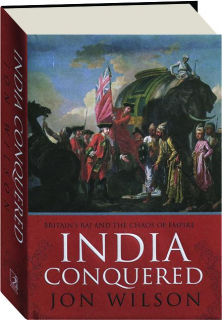 INDIA CONQUERED: Britain's Raj and the Chaos of Empire

Tells the story of the continual crisis that bedeviled the world's biggest imperial state. Wilson gets under the skin of empire to show how British rule really worked. Far from being the orderly Raj officials portrayed it as, British rule in conquered India was beset by chaos and chronic weakness. Illustrated, some color.