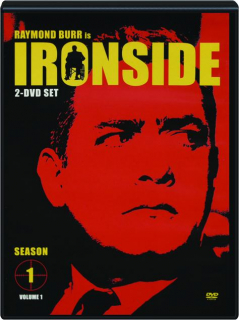 In March, 1967, NBC broke new ground in television programming by using a world premier, feature length movie as the preview of a potential new series. From 1967 to 1975, Raymond Burr starred in the series that took on civil rights, drugs, hippies, and rock'n'roll. The pilot film and the first six episodes are gathered here. Over six hours on 2 DVDs.

This item is a DVD.