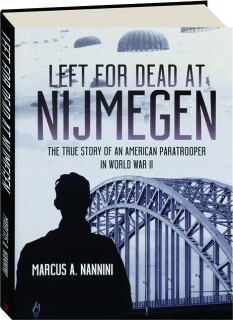 LEFT FOR DEAD AT NIJMEGEN: The True Story of an American Paratrooper in World War II

When Gene Metcalfe was dropped outside of Nijmegen in 1942 as part of Operation Market Garden, he was in an advanced position. After being thrown by an exploding shell, he was left for dead, and when he regained consciousness, he was a German prisoner. It was only the beginning of what would turn out to be a harrowing eight month ordeal. Photos.