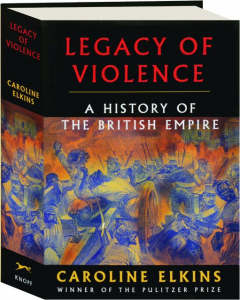 LEGACY OF VIOLENCE: A History of the British Empire

For many Britons of the 20th century, their sprawling empire was a testament to their nation's cultural superiority. But what legacy did that empire leave the world? In this meticulously researched history, Elkins implicates all sides of Britain's political divide in the creation, execution, and coverup of staggering imperial violence. Photos.