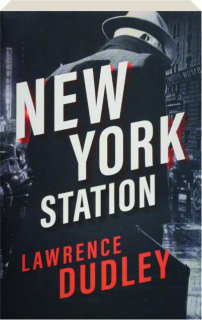 Novel. In August 1940, Anglo American MI6 agent Roy Hawkins is mysteriously rushed from Nazi-occupied Paris to New York. Enraged at being ordered away from what he believes is the real fight against Nazism and Fascism, he wants to get back to Paris as soon as possible, even though he knows it means almost certain death.