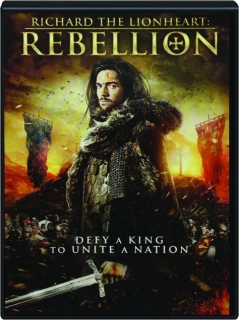 Widescreen. The year is 1773 and England and France are at war. The destiny of two great powers has never been so intertwined. As King Henry's wife, Queen Eleanor, is captured and imprisoned by the king himself, Richard and his brothers fight against their father in a heartless war. Stars Greg Chandler Maness and Andrea Zirio. 96 minutes.

This item is a DVD. It is in wide screen format.