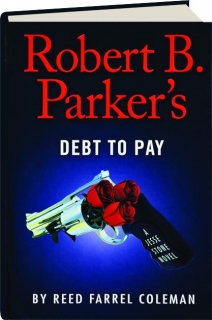 ROBERT B. PARKER'S DEBT TO PAY

Novel. Jesse Stone's ex-wife Jenn is about to marry a Dallas tycoon. When a major Boston crime boss is murdered, Jesse thinks it's the work of Mr. Peepers, a psychotic assassin who'd sworn revenge against the mob and Jesse. Heading to the wedding with his girlfriend, former FBI agent Diana, they and the tycoon's security team try to stop Peepers before the bill comes due.