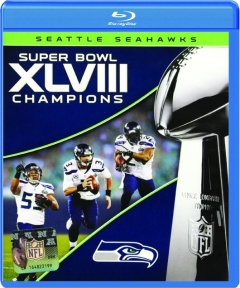 Widescreen. Relive the magical ride of the 2013 Seattle Seahawks season as NFL Films documents their rise to glory. The film takes you through the sights and sounds of the team's epic championship run and follows the heroics of Russell Wilson, Richard Sherman, Marshawn Lynch and head coach Pete Carroll. English SDH. 142 minutes.

This item is a Blu-ray. It is in wide screen format.