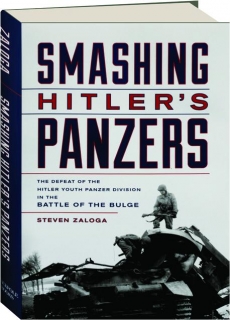 SMASHING HITLER'S PANZERS: The Defeat of the Hitler Youth Panzer Division in the Battle of the Bulge

A riveting look at how American foot soldiers faced down Hitler's elite armored spearhead--the Hitler Youth Panzer Division--in the snowy Ardennes forest during one of WWII's biggest battles, the Battle of the Bulge. American GIs, some of them seeing combat for the very first time, had stymied Hitler's panzers and grand plans. Photos & maps.