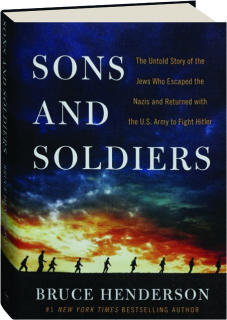 SONS AND SOLDIERS: The Untold Story of the Jews Who Escaped the Nazis and Returned with the U.S. Army to Fight Hitler

They were young Jewish boys who escaped from Nazi-occupied Europe and resettled in America. After the United States entered the war, they returned to fight for their adopted homeland and for the families left behind. The inspiring stories of six of these men unfold here, revealing one of the U.S. Army's greatest secret weapons. Photos.