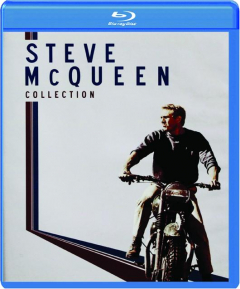 After honing his acting craft on TV during the 1950s, Steve McQueen soon ignited the big screen and eventually became one of the top box-office draws of the '60s and '70s. McQueen's most memorable performances are now in this thrilling collection: The Great Escape; The Magnificent Seven; The Thomas Crown Affair (Rated R); and The Sand Pebbles. Almost ten hours on 4 Blu-rays.

This item is a Blu-ray. Included digital download codes may be expired or not valid in your area.