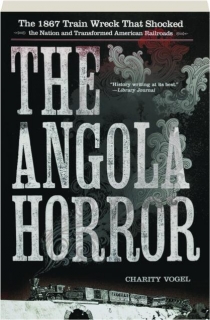 THE ANGOLA HORROR: The 1867 Train Wreck That Shocked the Nation and Transformed American Railroads

Tells the gripping true story of one of the deadliest railway accidents in U.S. history, the 1867 wreck of the Buffalo and Erie Railroad's New York Express near Angola, New York. Vogel's tale weaves together the stories of the people caught up in the disaster, the facts of the New York Express's fateful run, the fiery scenes, and the search for answers. Illus.