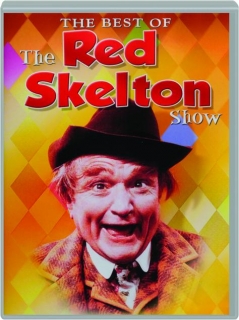 THE BEST OF THE RED SKELTON SHOW

America's most beloved funny man brings his cast of hilarious characters to twenty episodes from his hit television program. Featuring appearances by a wealth of movie and television stars, including Don Knotts, Cesar Romero, Charles Bronson, Jayne Meadows, and others, these episodes represent the very best that The Red Skelton Show had to offer. In B&W. Eight hours on 2 DVDs.

This item is a DVD.