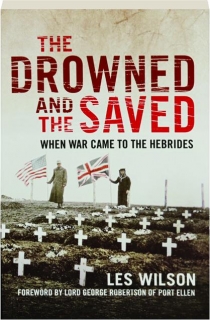 THE DROWNED AND THE SAVED: When War Came to the Hebrides

The sinking of the troopship Tuscania by a German U-Boat in February, 1918, was the first major loss of U.S. troops in the war. Eight months later, the armed merchant cruiser Otranto collided with another troopship during a terrible storm, drifted towards Islay and hit a reef, throwing 600 men into the water. Only 19 survived. Wilson tells the story of these terrible events. Photos.