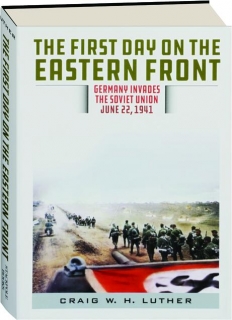 THE FIRST DAY ON THE EASTERN FRONT: Germany Invades the Soviet Union, June 22, 1941

Luther narrates the events of June 22, 1941, a day when German military might was at its peak and seemed as though it would easily conquer the Soviet Union. Telling the story from the high command down to the tanks and soldiers at the sharp end, he gives us a vivid picture of that fateful day as the Germans crossed the border into the Soviet Union. 16 pages of photos.