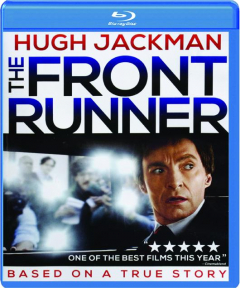 Widescreen. Hugh Jackman stars as the charismatic politician Gary Hart in this thrilling drama following the rise and fall of Senator Hart, who captured the imagination of young voters and was considered the overwhelming front runner for the 1988 Democratic presidential nomination. Also stars Vera Farmiga and J.K. Simmons. Rated R. English SDH. 113 minutes.