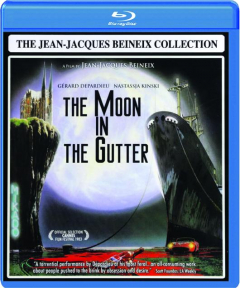 THE MOON IN THE GUTTER

Widescreen. Gerard (Gerard Depardieu) is an emotional wreck following the rape and suicide of his sister and is obsessed with finding the man who attacked her. He meets Loretta and begins a relationship much to the chagrin of his girlfriend, Bella. Gerard must decide who he wants to be with just as he discovers evidence regarding his sister's attacker. In French with English subtitles. 137 minutes.