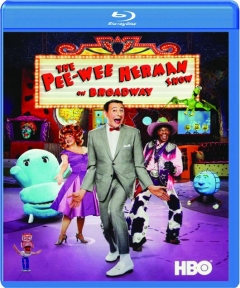 THE PEE-WEE HERMAN SHOW ON BROADWAY

Widescreen. Based on the original show that launched Pee-wee Herman into an American pop-culture icon, Paul Reubens' beloved quirky character brings his Playhouse to life again! Immediately following the conclusion of its wildly successful 2011 Broadway engagement at the Stephen Sondheim Theatre in New York City, HBO shot this Special in front of a live audience. English SDH. 89 minutes.