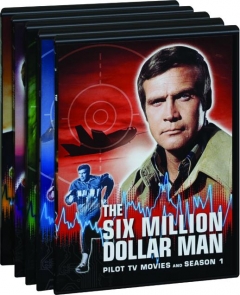 Fullscreen. After a devastating crash, Colonel Steve Austin's shattered body is covertly rebuilt via the miracle of modern science known as "bionics." Equipped with atomic-powered limbs that make him "better, stronger, faster" than the average man, Austin (Lee Majors) now takes on perilous, highly classified missions in service of his government. Collects all five seasons and the original TV movies. Over 88 hours on thirty-two DVDs.

This item is a DVD. It is in full screen format.