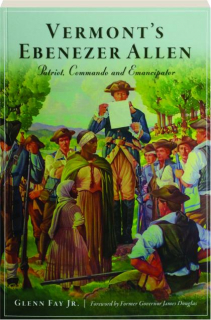 Ebenezer Allen was born during political instability and hardships in the frontier. Following the capture of a British rear-guarded force in 1777, Captain Allen took a leave of his regiment and wrote an emancipation statement for a captured enslaved woman and her child. Join Fay as he recounts how Colonel Allen became the forefather and elected legislator of two towns in Vermont. Photos.