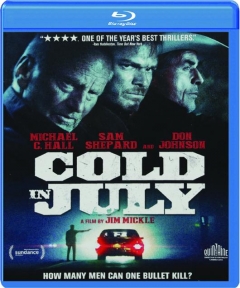 Widescreen. While investigating noises in his house one balmy Texas night in 1989, Richard Dane (Michael C. Hall) puts a bullet in the brain of lowlife burglar Freddy. Although hailed as a small-town hero, Richard soon finds himself fearing for his family's safety when Freddy's ex-con father (Sam Shepard) rolls into town hellbent on revenge. Rated R. English SDH. 110 minutes.

This item is a Blu-ray. It is in wide screen format.