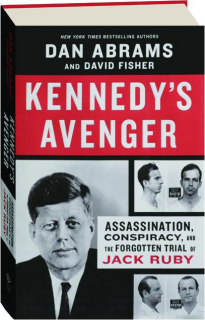 No crime in history had more eyewitnesses on that fateful morning two days after the killing of President Kennedy, when a troubled nightclub owner named Jack Ruby quietly slipped into the Dallas police station and assassinated Oswald. Abrams and Fisher unveil the astonishing details behind the first major trial of the television century. Illus.