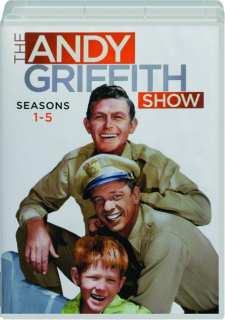 Fullscreen. One of the most successful series in television history, The Andy Griffith Show ranked among the top ten shows in the nation during its entire run. This set collects all 154 episodes of Seasons One through Five. Stars include Andy Griffith, Don Knotts, Jim Nabors, Ron Howard, and Frances Bavier. In B&W. Nearly 69 hours on twenty-four DVDs.

This item is a DVD. It is in full screen format.