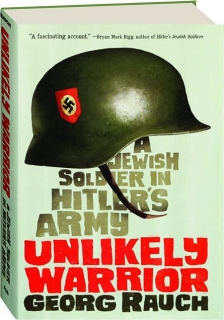 As a teen in wartime Vienna, Georg Rauch helped his family hide and transport dozens of Jews out of Nazi-occupied Austria. Nevertheless, in 1943 he was drafted into Hitler's army, in spite of having revealed his Jewish ancestry. Thus began the incredible journey of a young man thrust into a war that was already lost, fighting for a cause in which he never believed. Illus.