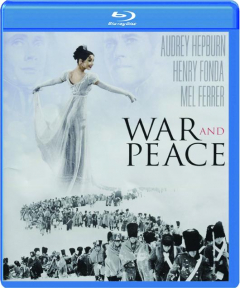 Widescreen. Starring Audrey Hepburn as Natasha and featuring some of the greatest actors from Hollywood's Golden Age (Henry Fonda as Pierre and Mel Ferrer as Prince Andrei), Tolstoy's literary masterpiece comes to life in this epic film classic. The film was nominated for three Academy Awards. English SDH. Over three hours.